Are we doing business in a bubble? 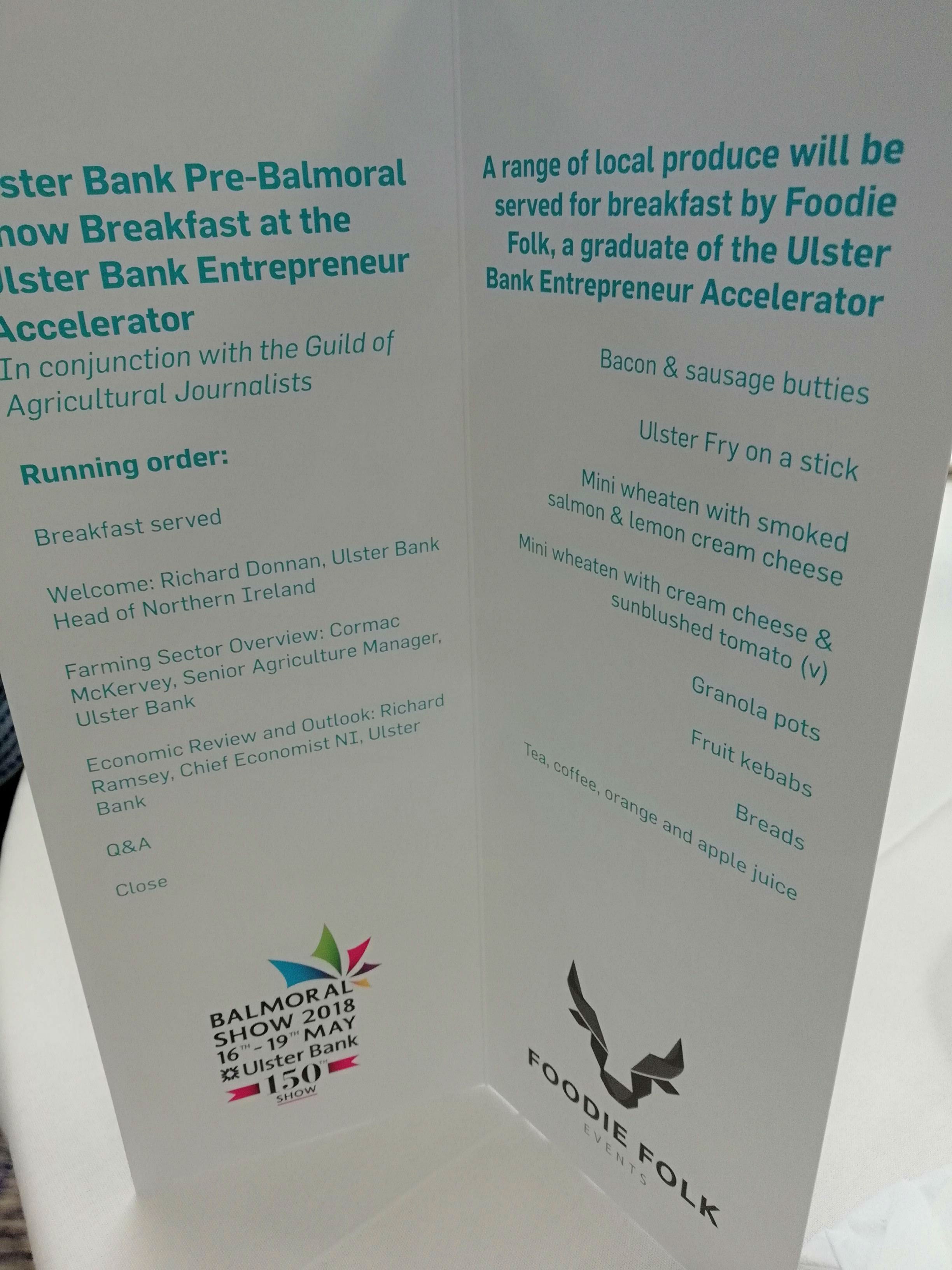 Don't get me wrong that's not to find fault with the menu of the day which was an innovative mix of treats to start the day including 'Ulster Fry on a Stick' (don't think it will catch on though.) It was the Bank's economist Richard Ramsay's summary of economic prospects as Brexit beckons that left me with a sense of unease.

High inflation and low productivity doesn't put the UK in a good position against other EU countries. As if to drive home the point, he remarked 'even the Italians are more productive than us.'  (Not sure whether to be mildly offended or not by that remark, on behalf of my grandparents?)

Some good news was offered that whilst consumers are feeling the squeeze, farmers aren't. This is as a result of favourable exchange rates and a rise in milk prices. But even they might be 'living in a bubble, at least according to Barclay Bell of the UFU.

Time will tell. So as I digested all the data, including the depressing fact that the fry served up has increased nearly 3% since last year, it left me with the feeling that we might need to get used to working harder for less.

Whilst Cyril Millar, who is President of the RUAS, invited Richard Ramsay up to his farm to show him the meaning of 'productivity,' reminding him that a dairy farmer's day in Northern Ireland starts at 5am.

Anyone for a siesta?!

Looking ahead, we only see the Ulster Fry Index going one way; up. Consumers are going to feel an increasing squeeze as the price of food rises in the months ahead.